Next weekend is the MG Car Club event at Silverstone in the UK! For more information about the event – see the MGCC Homepage. It’s the biggest event in the MG calendar, and no matter what age MG you’ve got (or haven’t, in my case!), there’s plenty of stuff to see and do – including races, competitions, MG traders (so bring along some pocket money!), and displays of all the models. It should be awesome!

I’m going to be there on the Saturday, so feel free to drop me a line if you’re going too!

NYC weather might not seem to think so, but summer is here, and so are a decent number of fresh, chewy dance tracks. So, here’s a quick summary of the June chart.

UltraSun are Australian duo Christos and Katie from Australia – they had great success late last year with “Love Me More”. Well, their new single, “We Can Runaway”, is already out in Australia, with a European release to follow soon. It’s a catchy, vocal dance track that has a great radio-friendly feel, while the Voodoo and Serano Mix has a harder-edge sound to it. Great track. Check out their homepage here.

Next up is a instrumental trance track, that reminds me of “Take Me Away” by Four Strings. “Let The Light Shine In” is by Darren Tate vs Jono Grant and has a great uplifting, trance feel to it. Very nice. Lange is back with a brand new single under the guise of X-Odus Featuring Xan – “I’m In Love Again”. Lange can seem to do no wrong – a great bit of vocal trance – should do well in the charts and clubs. More on Lange on his homepage here.

There’s two tracks by “4 Strings” on the chart – their debut album “Believe” contains some awesome tracks as well as their singles “Take Me Away” and “Let It Rain”. Definetly one if you like Euro Vocal Dance. Remember back in 2000 with DJ Tiesto remixed Delierium’s “Silence”? Well, he’s done another awesome mix of “Tears From The Moon” by Conjure One – fans of Silence will probably like it. Also, check out Armin van Buuren Feat Ray Wildson – “Yet Another Day – it’s been around a while now, but for some reason, I’d forgotten to feature on the charts! Check out the video for it here.

There’s more goodies in the chart, so check them out for yourself here.

Now, if I could only get the weather to match the temperature of these hot choons….

I’ve added another 6 new videos to the chart, and there’s definetly a summer feeling to these videos!

First up is Sunlight by DJ Sammy. A catchy summertime dance track about being in the sun – yay! Put on your shades, take your car roof down and hit the beach! (BTW – is it me, or have I seen this vocalist somewhere before recently? She looks mighty familiar!).

Next up is Breathe by Telepopmusik. Gotta hand it to those Misubishi peeps – they do picky catchy choons for their ad’s. This one is from their Outlander commercial campaign – think relaxing by the pool in the sun!

Back in the summer of 1990, I always remember hearing “Rhythm Is A Dancer” by Snap everywhere I went. Yeah, it did get played to death at the time didn’t it? Well, here‘s the 2003 version! Yeah 🙂

Finally, I’ve added a couple of newer tracks, including Don’t Wanna Lose This Feeling by Dannii, Yet Another Day by Armin van Buuren Feat Ray Wilson and All Out Of Love by The Foundation.

Experience the incredibly catchy new single from one of Australia’s most promising dance acts – UltraSun!

Features remixes by Voodoo & Serano (UK), our own Alex K, the much anticipated Christos Club Mix and also a BONUS breakbeat remix of their first Hit single “Love Me More” by Sonic State (USA)In-Stores Now . . .

Out now through EMI Records Australia 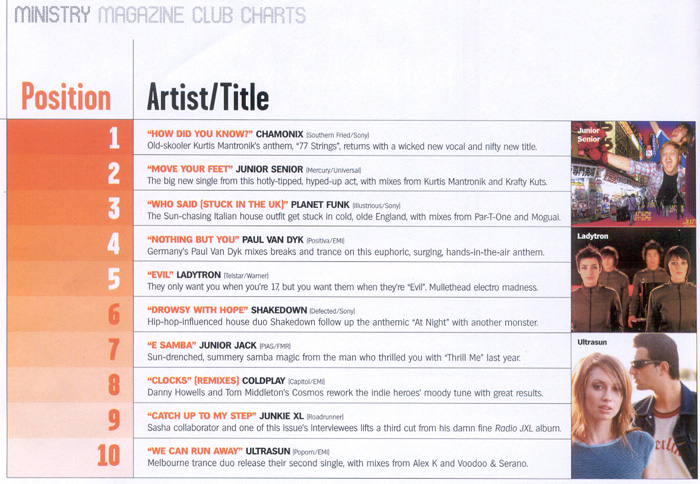 If you’re after a great set of tunes for the summer, I’d definetly recommend Ultra.Trance2 which is out now on Ultra Records. The best thing about this release is that it includes a DVD containing 8 videos which you won’t otherwise get to see on US TV Screens. (I’ll save my anti-MTV/Viacom rant for another posting!)

The Pistonheads website has a great scoop on the MG SV. A yellow version of the car was spotted being tested on Mallory Park race track on Tuesday. It’s probably very close to the final production version – MG are due to make the model fully available in the coming weeks.

Following up from hit ‘Love Me More’, Ultrasun have just released ‘We Can Runaway’. Reinforcing their status as a formidable new dance act, there is no denying the duo’s straight-out pop appeal, this release a fine example of Ultrasun’s musical breadth.

The Radio Edit unites organic vocals and the vibrant combination of trance and pop elements, reinforcing their position as an outfit that has all the promise of your European trance acts, with the accessibility to court mainstream charts. 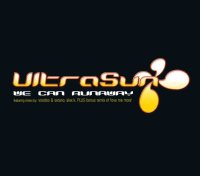 Christos’ Radio Edit beefs up the track a little, bringing in a bigger trance feel and a bit more tempo, a sound just as at home over the airwaves as it is over a big club sound system. Christos’ Club Mix is a little more progressive, with intensity building steadily throughout and atmospheric synth sweeps here and there to round out the track. The Voodoo and Serano Mix has a tougher start, complimented by an emphasis on melody, with added arpeggios and a reverb to the vocals that keep the track well in uplifting trance territory; an excellent number for a main-floor warm-up.

Our own Alex K puts a little more clout into the track. Slightly harder and faster, chords are stripped back with more emphasis on beats and bass. The melody is given a higher energy trance reworking, offset well against unmanipulated vocals. And last but definitely not least, the Acoustic Mix. Every dance release should include an unplugged version, just to prove its foundations in genuine songwriting. Katie plays the guitar and before you can say ‘The Sundays’ you’re transported to Cafe Del Mar.

As an added extra, the single includes a mix of ‘Love Me More’. The Sonic State Mix is a breaks version – definitely not what you’d expect from most trance acts. The fundamental trance elements remain, but are warped into a kind of nu-skool trance (is that a genre yet?) until the track plunges into twisted evil breaks halfway through. The vox is darker and subdued in a Kylie ‘Confide in Me’ way, as is the tempo.

Track listing for the CD is as follows:

For more information on UltraSun, visit their website at UltraSun.dotDance.com