Those arrogant muppets called Aston Villa got their just deserts today when Blues showed them once again their current status in the table doesn’t count for squat. Just like 2 years ago, their goalie suffered a nasty. Bad luck (not). It was an almost identical screw up as last time which saw Sorensen fumble the ball and Blues up 1-0 in the opening 10 minutes. Very similar to Peter Enckleman’s blunder. Ten minutes later, a second goal for Blues and Vile didn’t know what had hit them. It was their arrogant attidude of “just turn up and we’ll win” which let them down. A consolation goal in extra time for them, left it 2-1 to Blues – though Blues had several chances in the first half that perhaps should have made it 5-0 at half time.

Anyway – Olof Mellberg is my most hated Villa man at the moment – first for these stupid comments and then for his attempt to headbutt several Blues players after a decision went against him. As a “captain” (I use that term loosely when talking about the Vile) you should know better. O’Leary is also on my hate list for his post-match comment of “We’re the better team”. Errr – cleary if you were, you would have won! Enuff said!

Oh yeah, and just for fun – here is the classic Enckleman goalie gaff!

OK, so 5 days later I can finally bring myself to mention last week’s match. To top off the misery Time Warner Cable (muppets!) cut off the final penalty kick because they hadn’t booked enough time, leaving me scambling around trying to boot my PC to find the result of the last kick! Talk about agony…

Anyway, here’s a collection of the funnies that have been doing the rounds: 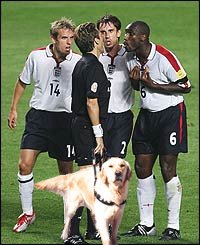 Read on for more… 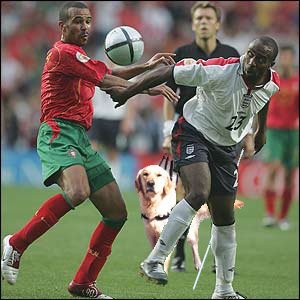 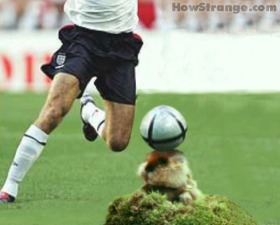 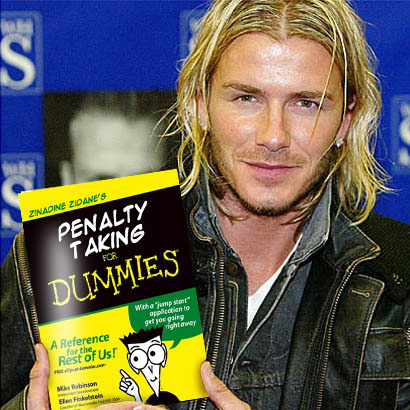 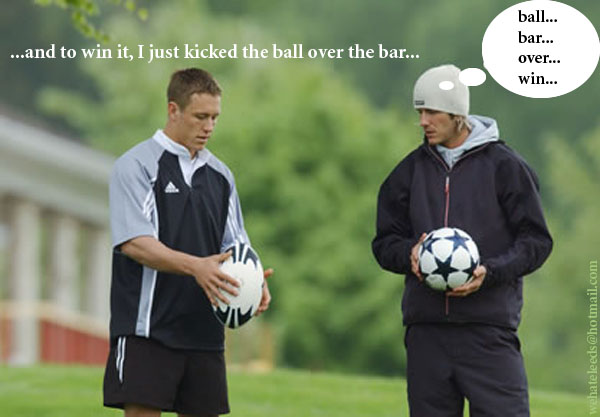 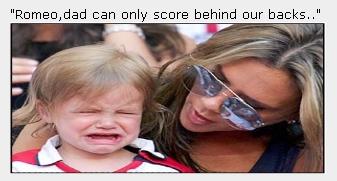 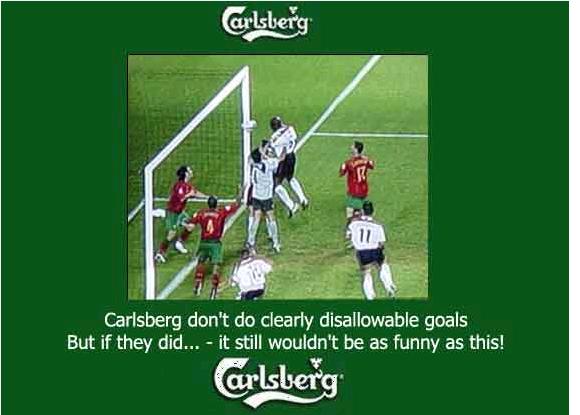 West Midlands Police were inundated today when up to thirty thousand vila fans turned themselves in for invading the pitch during Mondays’ derby clash with Birmingham City.

This occured shortly after the Vile’s management team announced that any fan who had invaded the pitch during their home defeat against Birmingham City will be banned for life. Within hours of the announcement large queues began to form at police stations in Aston, Erdington, Great Barr and Sutton Coldfield reports suggested that telephone switchboards were being jammed, as fans who were not even in the country phoned their connfessions to astounded police officers.Major incidents were reported when riots broke out as several desperate fans rushed to the front of the queues. Internal police inquires were quickly launched, as accusations flew, that officers had been bribed by fans deperate to get their names onto the lists.

Precious fire resources were diverted to many police stations as desperate fans chained themselves to railings and needed to be cut free. Chaos ensued as up to fifteen fans chained themselves to a police officers’ bicycle, after he had stopped to tell someone the time. Several passers-by whitnessed the shocking sight of grown men weeping and begging, as they desperately pleaded to be put onto the list.

The police have called for public calm and assured the fans that all cases will be carefully investigated and the bans will be issued entirely on merit, with no preferential treatment for anyone. Chief Inspector Gusset of the Aston Constabulary in a short public announcement said, “I can assure the public that this will not be handled on a first come, first serverd basis, and there is no need to panic.”

The latest report suggests that calm has been restored and refreshments are being handed out by compassionate salvation army volunteers, to the many fans who are desperate to keep their place in the queues, they are willing to camp out overnight.

One fan was quoted as saying “This is a once in a lifetime chance and I’m determined not to miss out”.

Well, it was always going to be a massive match – and explosive it certainly was! I’ve just watched Blues v Villa on Fox Sports World and I have to ask – what on earth was Dion Dublin thinking of by headbutting Robbie Savage right in front of the ref?

Anyway – despite all of the hype, Birmingham were by far the better, side throughout. Clinton Morrison was unlucky not to have us one up after 20 minutes when he just headed wide. 5 minutes into the second half and Dion Dublin launched a very late tackle on Robbie Savage. It was an obvious yellow, but Dion lost it completly (see photo) and proceeded to headbutt Savage. That cost them the game.
Stan caught the end of a Jeff Kenna cross to put us 1-0 fifteen minutes from the end. Then 5 minutes later the very clumsy Peter Enckleman does his usual vile magic, is clumsy with the ball and gives the ball to Horsfield to make to make it 2-0 to Birmingham!! Villa then continued to self-destruct and a few minutes later Gudjonsson was sent off for a second bookable offence and the shambolic Vile were left with 9 men!
Thanks Villa – we waited 16 years to play you, and you gave us 6 points this season. THANK YOU!
Here are some match reports:
Birmingham beat Villa 2-0 (Reuters)

Oh yeah, and here’s a very funny pre-match interview with Graham Taylor titled “We won’t let fans down” – if you didn’t let yourselves down tonight Vile, I don’t know who did!
Whilst I’m writing – here’s another chance for you to see that Enckleman clanger from last September – click here.
KRO!
SOTV!

OK, another Blue Nose was kind enough to send me an MPEG of the craziest own goal I’ve seen. And it gets extra points since it comes from the Villa when they’re playing Birmingham! As mentioned in the previous article, Blues were playing the Vile for the first time in 16 years. It’s second half, the atmosphere is tense, with Blues leading 1-0.

The fun begins with a simple enough throw in from Olof Mellberg – he’d previously been taunting the Blues in the papers for saying he couldn’t name any Birmingham players.

The throw-in is simple enough back to goal.

No pressure, it’s now just Enckleman, the ball, and the goal.

The ball scrapes the bottom of Enckleman’s foot – uh-uh – only one way the ball can go now!

Will he get there in time?

Treat yourself to this magnificant piece of goalkeeping by downloading The Complete Video. You might want to Right Click and do a “Save As” to save it on your computer somewhere, since it’s a 4MB download (also, the video may get stuck after a few seconds if you don’t download it locally first). Worth every byte though!

Karma. Life is all about karma. What goes around comes around. After a pretty naff day in the office with every computer I touch seeming to want to have a disk failure, there was only one way my evening could go!

In case you’ve been hiding under a rock (or living in the US), *THE* forgotten fixture between The Blues and The Vile took place at St Andrews tonight. We’ve waited 16 years for this fixture, and it lived up to all the expectations.

A great goal by Clinton Morrison started things on the right note. But it was the 2nd half c*ck-up by Vile goalie Peter Enckelman which will be remembered as the most bizzare own goal I have ever seen. A gentle throw in back to goal, no pressure, no one coming up to him, and the keeper makes light contact and it rolls into the back of his own net. I’ll have to get an MPEG of this ‘cos it’s just too funny!

Geoff Horsfield topped off the night to seal a 3-0 win to the Blues. Fantastic! Worth waiting 16 years for!!!

Birmingham The Pride Of The Second City (Sky Sports)

Oh yeah, and to top it all off, we’re now above the Manc Scum in the Table!!! Life is good. And here are some Aston Villa Jokes for the icing on the cake.